JustMock and "Failed to initialize coreCLR" on RC2

I just installed ASP.NET Core RC2 and was able to get it working from the command line, on some new basic tests projects. But when I tried to do it from Visual Studio I got the following error. 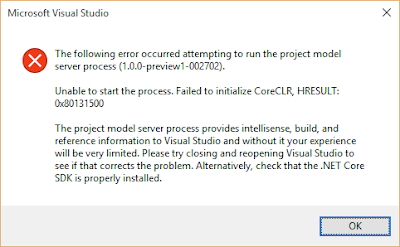 If I tried to run "dotnet" in a console opened from Visual Studio, I would get the same error. So the issue was that something was off for the VS configuration/environment.

After verifying that "dotnet" was able to run perfectly everywhere else I took into the task of comparing the environment variables (dichotomically, of course). One particular variable made the difference: "JUSTMOCK_INSTANCE=XXXXX", so that lead me to notice that JustMock was interfering with it somehow.

So, if you use JustMock just turn it off for RC2 projects. (No need to uninstall it, just disable the profiler) 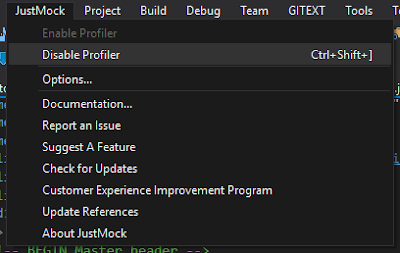